The strike called by the Confederation in the Central Govt Departments in the country has set another history as the comrades and compatriots protested the anti-people, anti-worker action and policies of the Central Govt. through massive participation and a strike of grand success.

South Presidency Divisional Union  congratulates all the Zonal Conveners, our fearless and sacrificing comrades, fraternal organizations (Pensioners Association & Small Savings Agent Association), our compatriots and supporters of the strike in South 24 Paragana who contributed colossally for its grand success. Commitment of our leaders, unified response of our brave comrades have shown the readiness for more larger strike on 20-21February- 2013.
Snaps taken on 12-12-2012----- 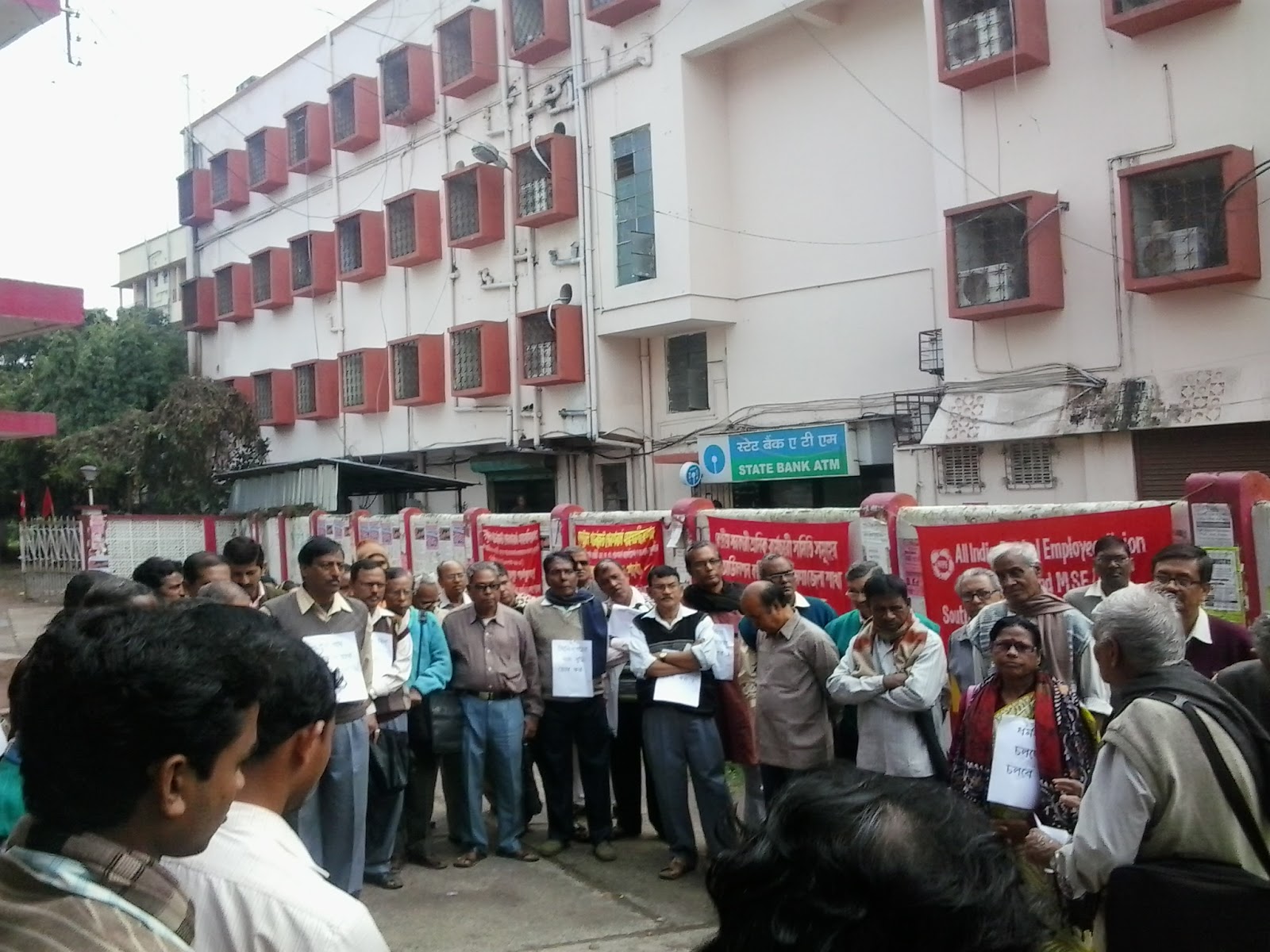 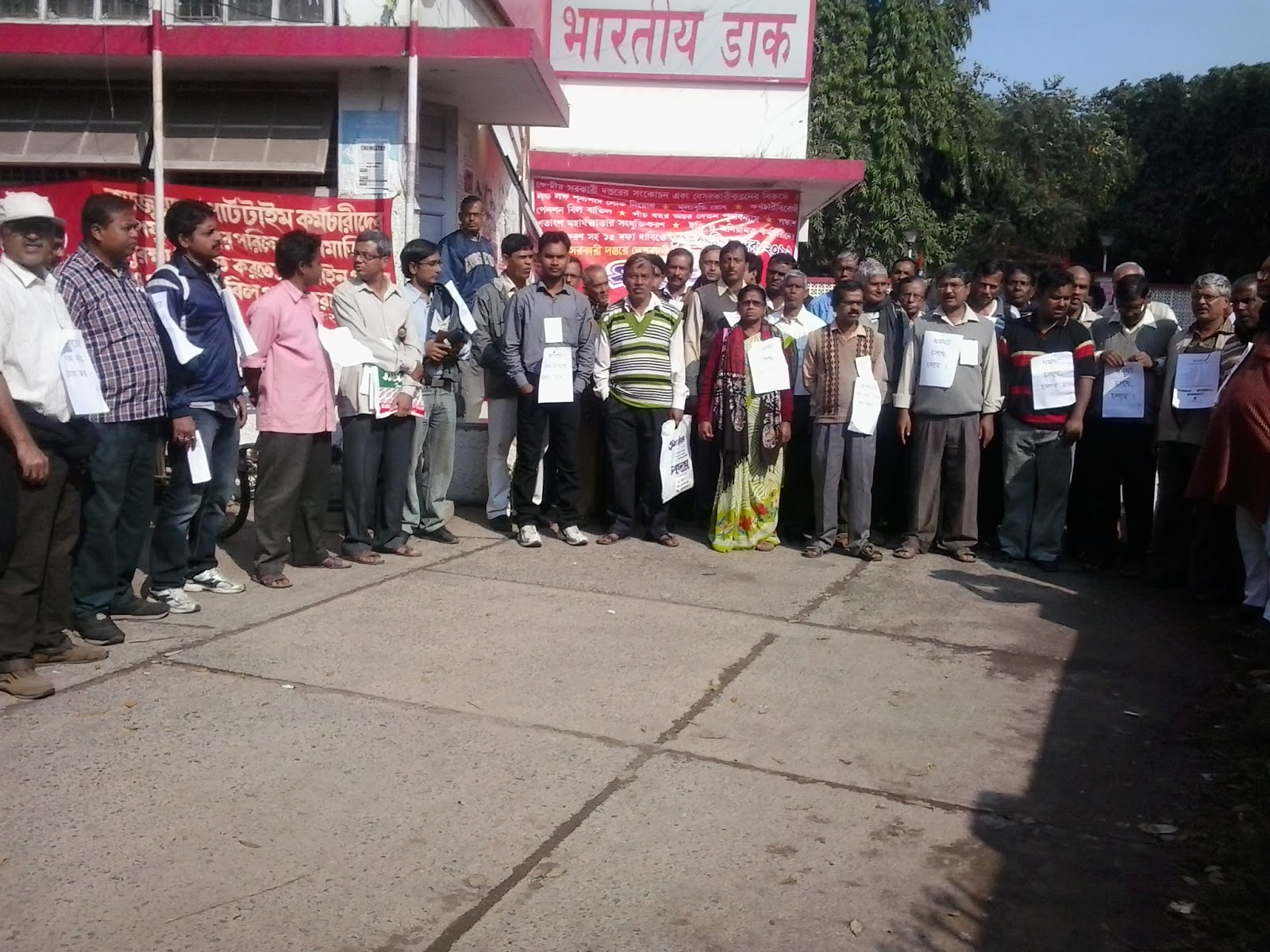 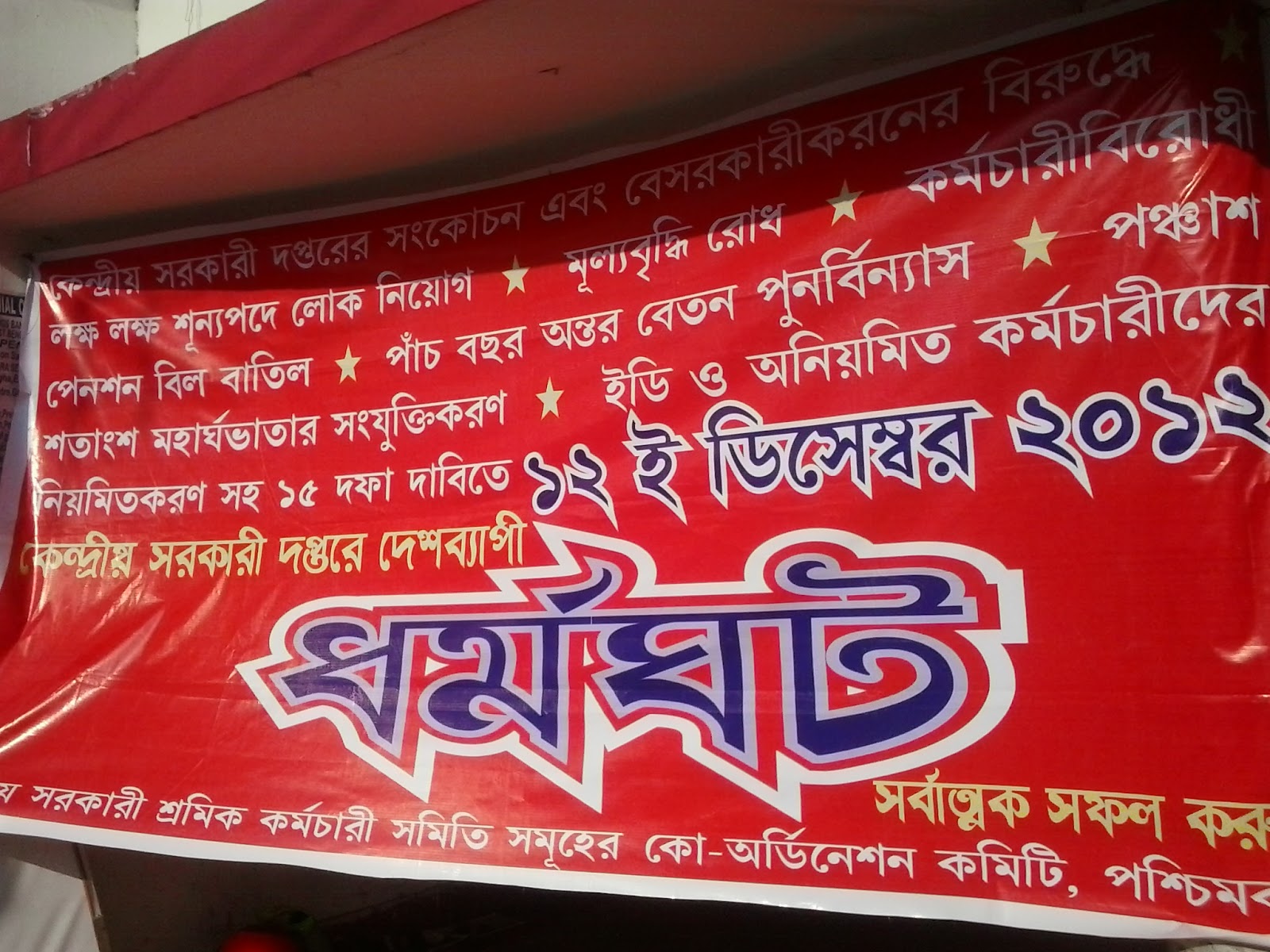