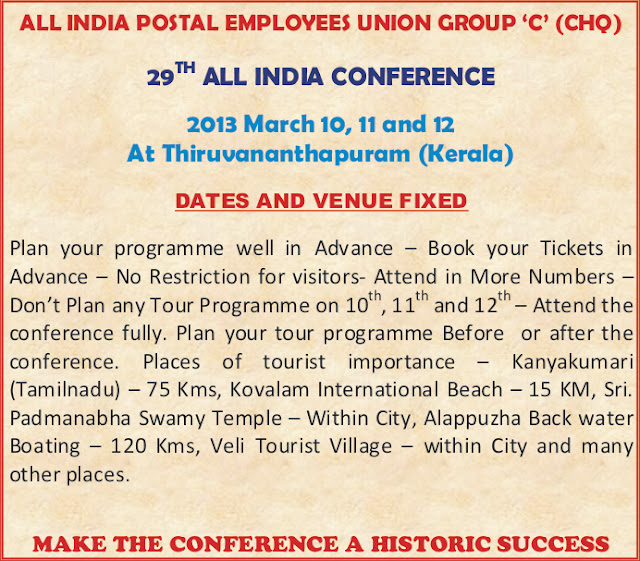 
Central government employees and workers  declared to observe a daylong strike on December 12 if their charter of demands such as setting up of the seventh pay commission is not addressed "expeditiously".
The employees, who participated in 'march to Parliament' programme here under the banner of confederation of Central Government Employees and Workers hoped the Prime Minister, to whom a memorandum containing their charter of demands has been submitted, would "consider and settle the issues within a reasonable time frame".
The demands include withdrawal of the Pension Fund Regulatory and Development Authority Bill, merger of DA with pay, stopping of privatisation and downsizing, regularisation of casual workers and grant of five promotions in the career as is given to the officers.
A statement issued by the confederation said over 20,000 central government employees participated in today's programme, addressed by CPI-M leader Basudeb Acharya, CITU leader and MP Tapan Sen and leaders of AITUC, BMS and INTUC among others.
Posted by AIPEU, GR C, SOUTH PRESY. DIV. at 20:49